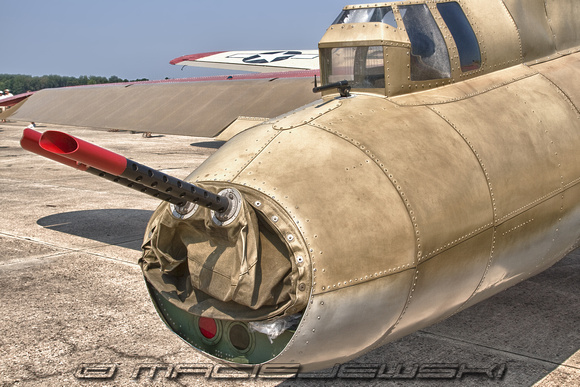 The Nine-O-Nine, a B-17 Flying Fortress heavy bomber of the 323rd Bomb Squadron, 91st Bomb Group, completed 140 combat missions during World War II, believed to be the Eighth Air Force record for most missions, and never lost a crewman as a casualty. B-17G-85-DL, 44-83575, civil register N93012, owned and flown by The Collings Foundation, Stow, Massachusetts, currently appears at airshows marked as the historic Nine-O-Nine.